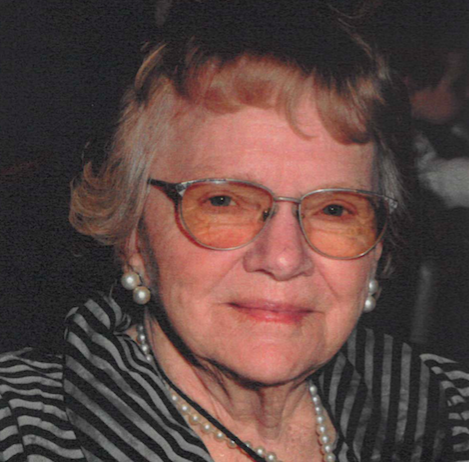 Barbara Jeanette Richardson Dickinson, age 82, passed away at Sage West Hospital in Lander Wyo. on March 29, 2020. She was born to George and Evelyn (Cammock) Coleman on April 14, 1937 in Bonneville, Wyo.

Jeanette grew up in the communities of Kirby, Meeteetse and attended high school in Thermopolis, Wyo In September of 1957 Jeanette married N J Richardson, 6 children were born to this union. The family lived on the Jakeys Fork east of Dubois, Wyo for a number of years with Jeanette returning to Lander in 1974. While living in Dubois Jeanette worked seasonally for the Wyoming Game and Fish at the game check station. They later divorced. Upon her return to Lander Jeanette worked at the Wyoming State Training School, retiring in 1995 as a unit supervisor at various houses.

Jeanette married James Allen Dickinson in September of 1989; to this union Jim’s 5 sons joined the family.

Jeanette was passionate for outdoor adventures, traveling and family activities. In her earlier days was an avid ATV rider; enjoying riding all across Wyoming and the ATV Jamboree in Richfield, Utah. Jeanette was an avid Wyoming Cowboys fan, enjoyed watching Colorado Rockies baseball and Denver Broncos football.

Jeanette was preceded in death by her parents; George and Evelyn Coleman, husbands; Jay and Jim, brothers; George Jr. and Marion Coleman.

Due to the current events a Celebration of Life will be held at a later date and will be announced.